The Call to Prayer 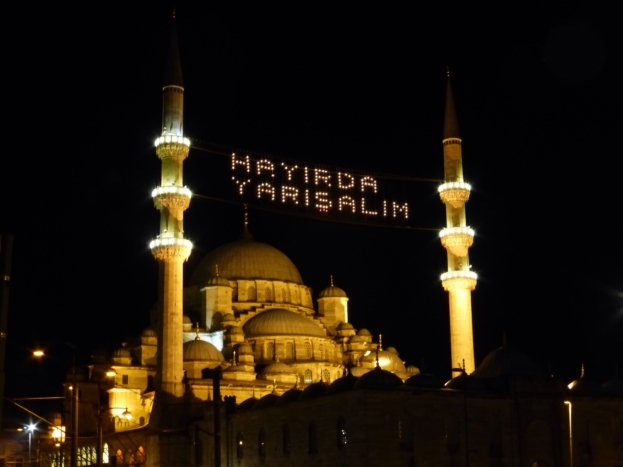 My father lived in Pakistan in the early 50’s and talked about people stopping in the street and praying when they heard the call to prayer.

As we travelled through Turkey, the call to prayer punctuated the day – sometimes melodious, sometimes through loudspeakers that had seen better days, and once in the middle of the night a very loud drum, waking people up to eat before dawn.

The calls are broadcast from minarets, and part of my routine became a photo of a minaret around 4pm. The calls are repeated 5 times a day, with an extra one during Ramadan. For a period of time after the first world war, when Ataturk led the creation of modern Turkey, the calls were given in Turkish, but in the last 30 years they have reverted to Arabic.

This reminds me of the traditional latin mass in the Catholic church, and of the changes in religion that came with the translation of the bible into the vernacular – while there are many possible translations, people have a closer connection to their religious practice when the language is personal.

We had many conversations about the ways and means that political organizations and governments can distance people from education and critical thought. The change from Turkish to Arabic in the call to prayer, and the adoption of more conservative dress among “devout” muslims seem to be political rather than spiritual actions, designed to repress freedom of thought and education. One story I liked was witnessed by one of our new diving friends.

At the recent LGBT/gay pride demonstration in Istanbul, one of the women stripped naked, and a woman in a burka embraced and kissed her. Somehow, this encapsulates the complexity of the Turkish dialogue. Many centuries of different civilizations have built the culture and the landscape and the language. The country is a bridge from West to East, with Greece and Europe as neighbours to the west and Syria, Iran, and Iraq to the east. The politics provide a third dimension to the dialogue, with Ataturk’s western ideas venerated in many statues, photos, and banners – in contrast with the current more conservative agenda.

In Istanbul, we saw many women wearing the black outer garment, but very few with covered faces, and we frequently glimpsed blue jeans under the long black clothes, or eye make-up much more expressive than what we would expect to see at home in Canada.

Rebecca and I both like to find the “safe place to stand” in a foreign country – dressing in ways that are respectful to the local norms. Here, there is so much complexity that this seems impossible. Ultimately, we concluded that there is no one safe place to stand, but a changing kaleidoscope of ideas that depend as much on the social grouping as on the time and the place.