Tourists are so Funny! 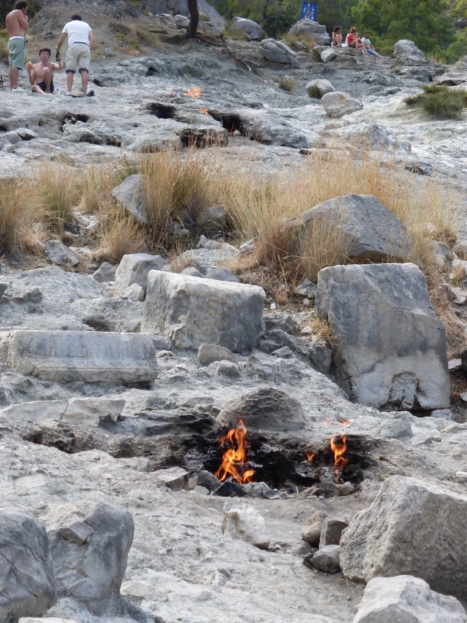 There is this small village in Turkey called Olympus. Up the hill from the village of Olympus is a hill with burning rock – where methane slowly seeps out from underground and burns at the surface. The hill is called Caldiera.

Naturally, in our open touristic state of mind – we put 1+1 together and conclude that this must be the home of the Olympic flame – which is a great story. The site posts a billboard telling the story of a race run from the hill to the sea with flaming torches – signed by the Santa Claus Society. Our hosts remain tactfully quiet, which provokes comments from me about the Greeks, who probably made up some lame story to claim that they own the flame.

According to the internet, the modern Olympic flame is lit from the sun at the temple of Olympus at the Acropolis to symbolize purity.

I still like the story of the burning hill…

PS There were also ruins of a Byzantine church – with the remains of friezes – at the site. Free to touch. Cool. Old. Very old.